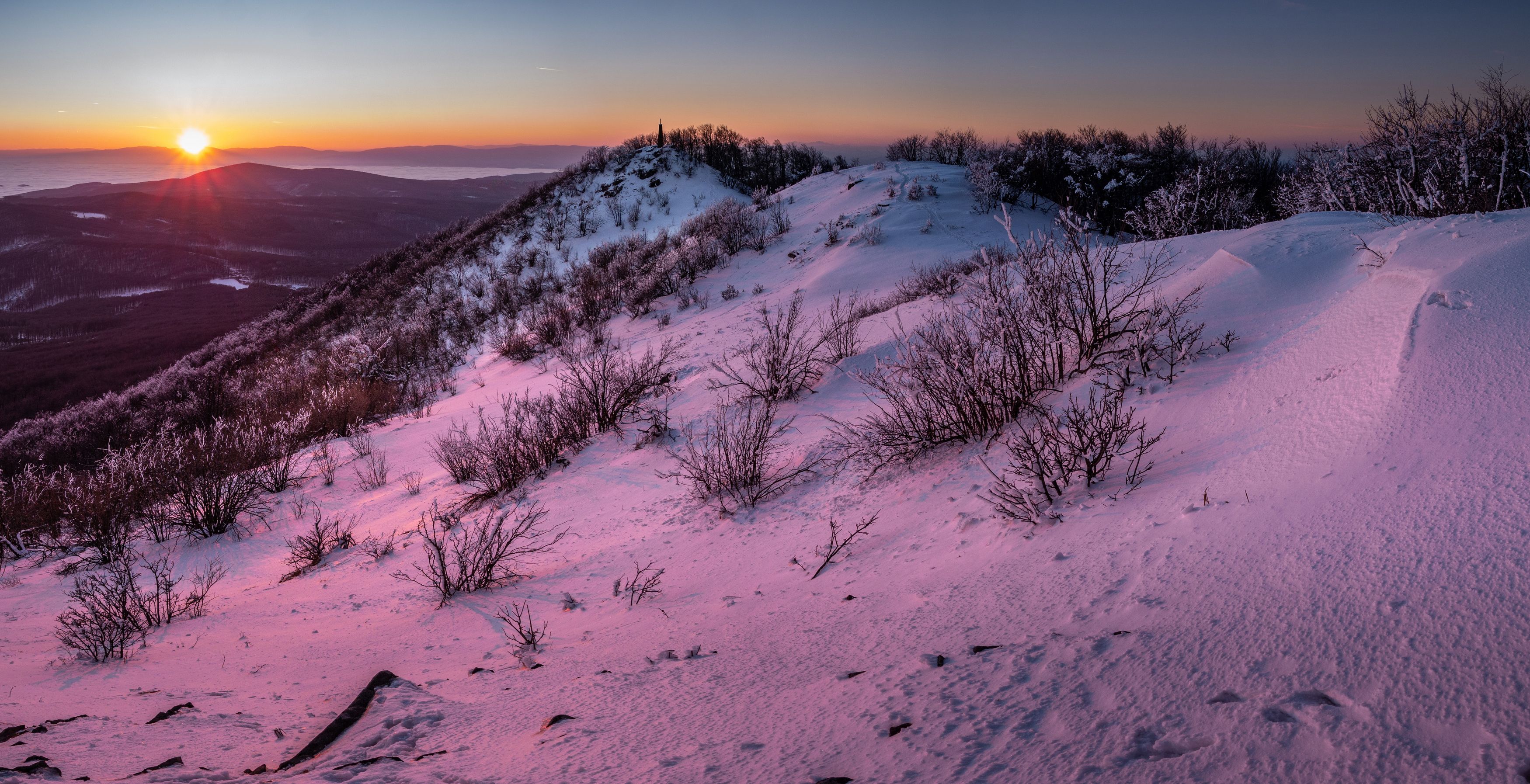 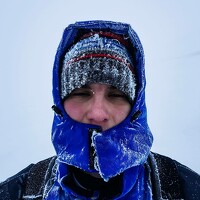 Vihorlat (1076m.a.s.l) is the highest point of the Vihorlat mountains in the east Slovakia. Vihorlat is one of the extinct volcanoes. When viewed from a distance, it is relatively recognizable by its "truncated" peak. Despite the fact that it is the highest peak of the Vihorlat Mountains, it is not among the most frequented tourists peak due to its location in the military district and the non-existence of a marked tourist path to its peak.
snowwinterm sunsetsunlandscapenatureslovakiavihorlatpanoramiccoldmagic
uploaded 24 янв, 2022   Copyright by Gajdoš Slavomír
80
0
Subscribe
to author
Photo on the map, All photos of the author on the map
! Comments disabled indefinitely, due to the unstable situation in the world and inciting conflicts in the comments 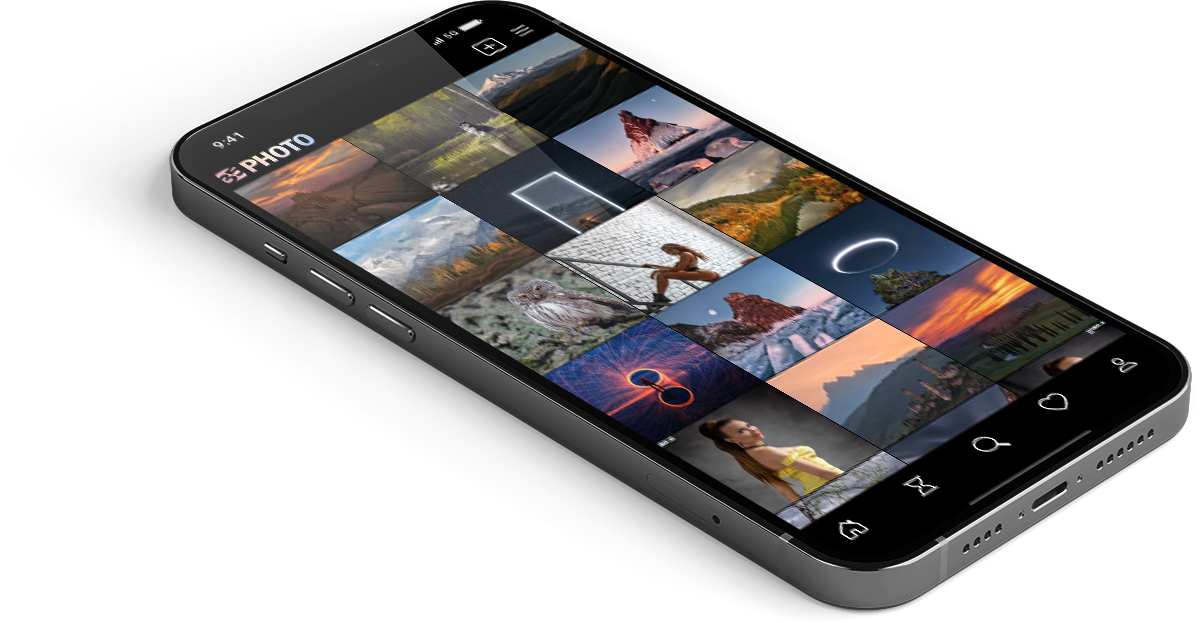 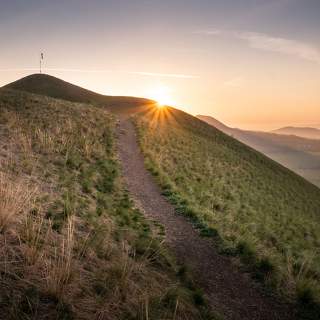 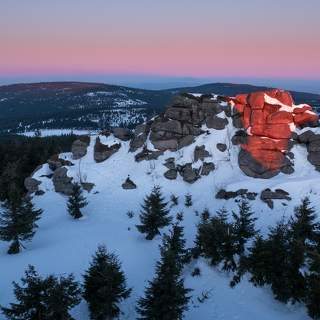 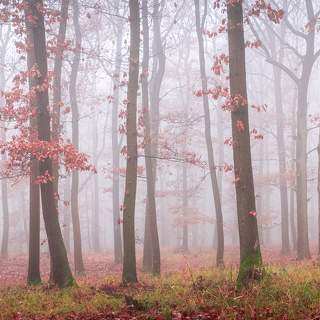 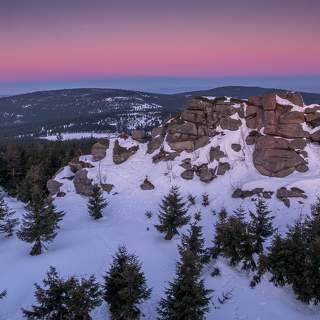 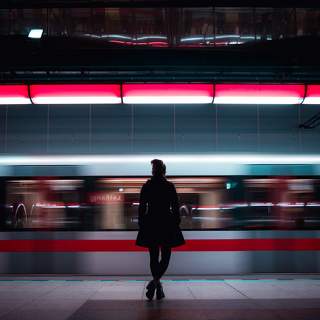 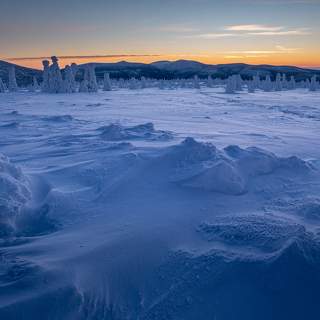 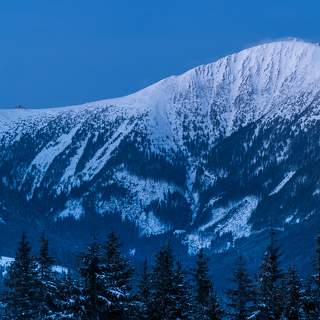 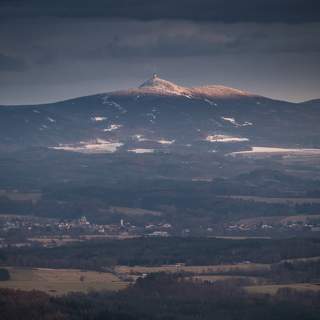 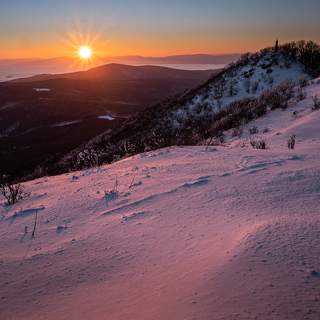